Oligomerix is a biotech company that has developed a proprietary platform technology for drug discovery and biomarker development for central nervous system (CNS) disorders focused on neurodegeneration and dementias, and has discovered unique, highly differentiated drug-like small molecules that inhibit tau self-association into toxic oligomers. 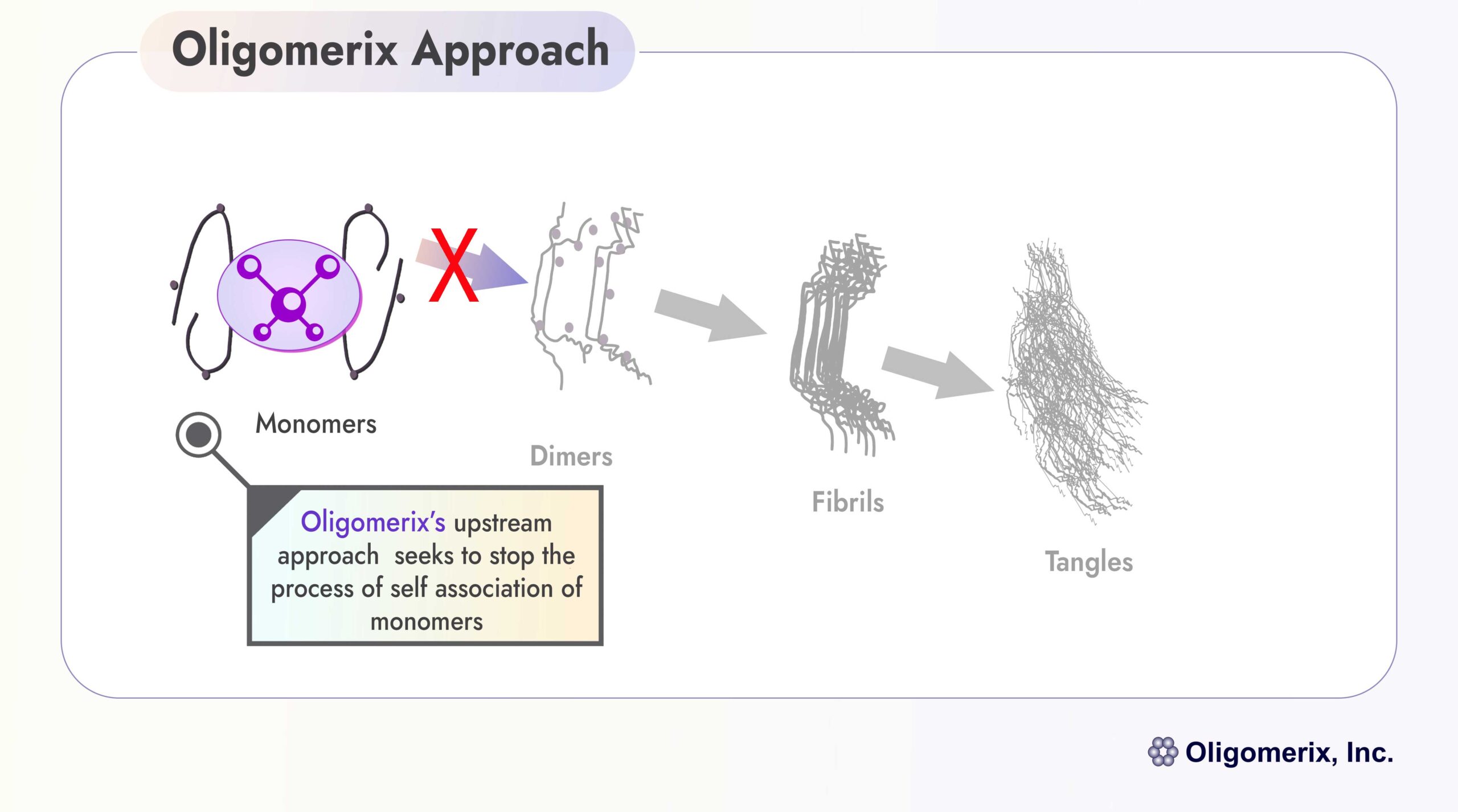 An effective inhibitor of tau self-association, the first step in aggregation in the formation of all pathological multimeric tau structures, has potential utility in the treatment of various tauopathies including PSP, FTD and AD.

Oligomerix has positioned itself to be the premier provider of highly differentiated small molecule therapeutic interventions for blocking the formation of the tau oligomer target.

The Company has developed a platform of assays, tools, lead compound (OLX 07010) and 2nd generation series, and know-how that will enable its strategic partner/acquirer to move rapidly into development and clinical evaluation, regulatory submission and launch. The hope is to make available treatment options to neurodegenerative disease sufferers and their caregivers for these devastating diseases.

There exists a major unmet medical need in the U.S for disease-modifying therapeutics (DMT) for the treatment of dementia in Rare Diseases such as progressive supranuclear palsy (PSP), frontotemporal dementia (FTD), ALS and the more common Alzheimer’s disease (AD). This unmet need continues to grow given both the increasing prevalence and significantly increasing caregiver costs driven by the aging population. For example, death due to AD remains the 6th leading cause of death in the U.S., increasing 145% since 2000, and remains as one of the costliest diseases in the U.S.

Through our approach, Oligomerix is working towards meeting the global need for effective therapeutic strategies. Our oral, small molecule lead program has several potential advantages including:

Our platform program is progressing to fill this need with a small molecule tau protein targeted DMT and associated biomarker. According to the World Health Organization, there are around 50 million people who suffer from dementia, and almost 10 million new cases reported every year.

While AD is the most common form of dementia, rare neurodegenerative diseases such as PSP and FTD are still significant healthcare and economic problems. Roughly 20,000 people in the U.S. suffer from PSP, while FTD affects 50,000 to 60,000 Americans.

Oligomerix has progressed its platform tau program including its lead tau small molecule inhibitor of tau self-association to the cusp of IND filing and Phase 1 clinical development.

This achievement is the result of a sole focus on tau protein, enhancing our understanding of the role that tau plays in AD and numerous other tauopathies such as PSP, FTD, ALS and in segments of Parkinson’s disease (LRRK2). The Company has discovered unique, drug-like small molecules that inhibit tau self-association into toxic oligomers. Importantly, this activity occurs at the beginning of the now well characterized tau cascade whereby tau aggregation contributes to the progression of disease in AD and many other tauopathies.

The platform also includes a 2nd generation series of small molecules and companion biomarkers programs. Oligomerix has advanced its technologies using its equity investment (seed through Series B financing and convertible notes), NIH grant awards, a grant from the Alzheimer’s Drug Discovery Foundation (ADDF), and tax credits from New York State (NYS) and New York City (NYC). The NIH has been a leading supporter since the Company was founded via its SBIR grant support.

The Company has built a sound business model around its core technologies, a strong intellectual property (IP) position and a very highly experienced management team.

Differentiation:  The program is highly differentiated from competitors by targeting tau self-association at the beginning of the tau aggregation cascade that ultimately leads to formation of tau tangles, a hallmark of tau dementias.

Compared to other therapies currently available or in development, our lead program OLX-07010 offers several potential advantages including increased brain penetration, lower cost of manufacturing, ease of oral administration for patient compliance and better patient accessibility on a global scale. Furthermore, OLX-07010 could complement both tau and beta-amyloid antibody treatment. 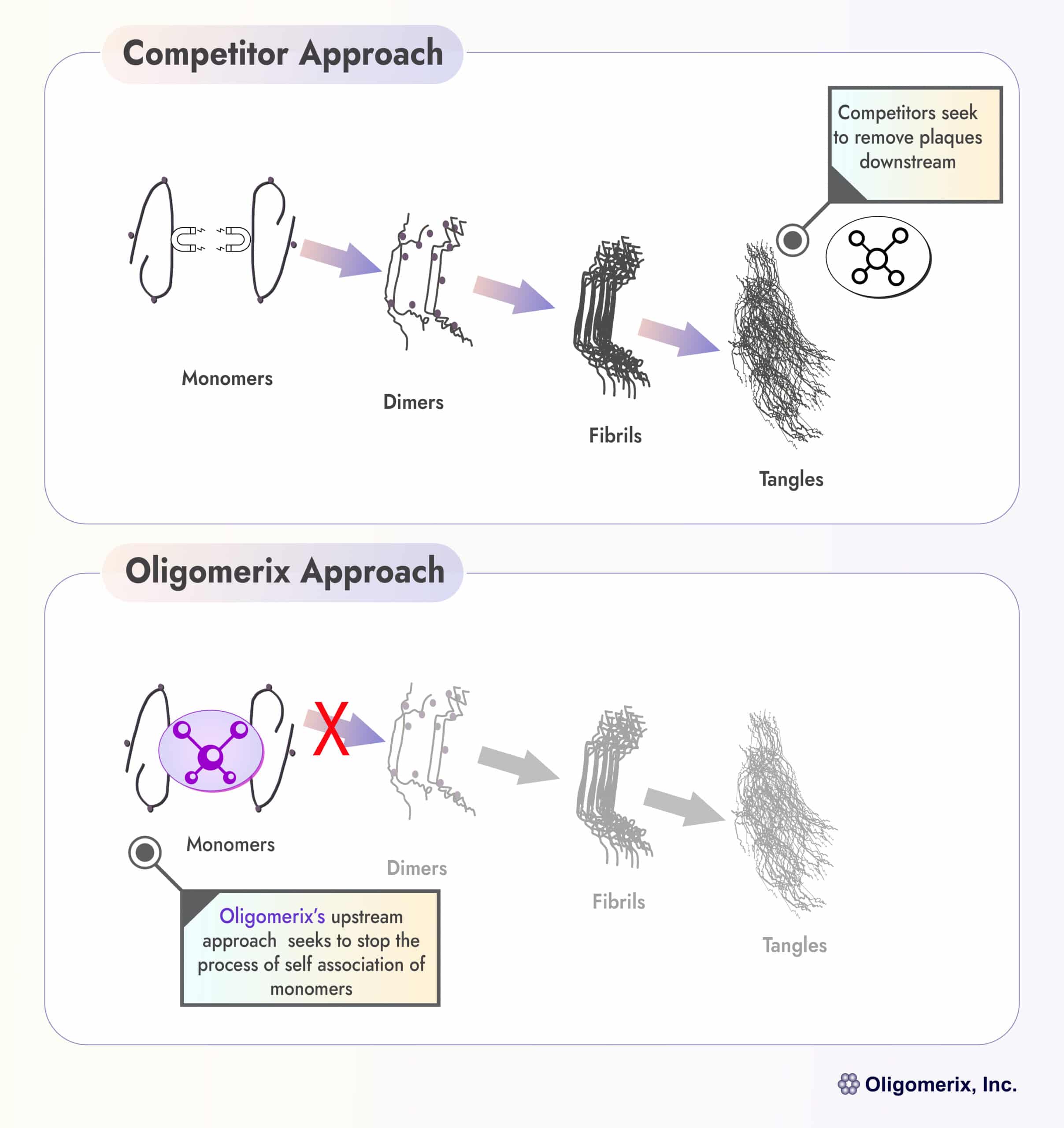 Scroll to top
By accessing our website or software provided by our third-party vendors, you consent to accept cookies, (including other identifiers). These include pieces of text that are stored on your computer or device. This site uses cookies and Google Analytics to improve navigation, minimize the need to reenter information previously entered on forms, personalize messages, and collect statistical information to improve site navigation and provide content of greatest interest to users.Ok
close × 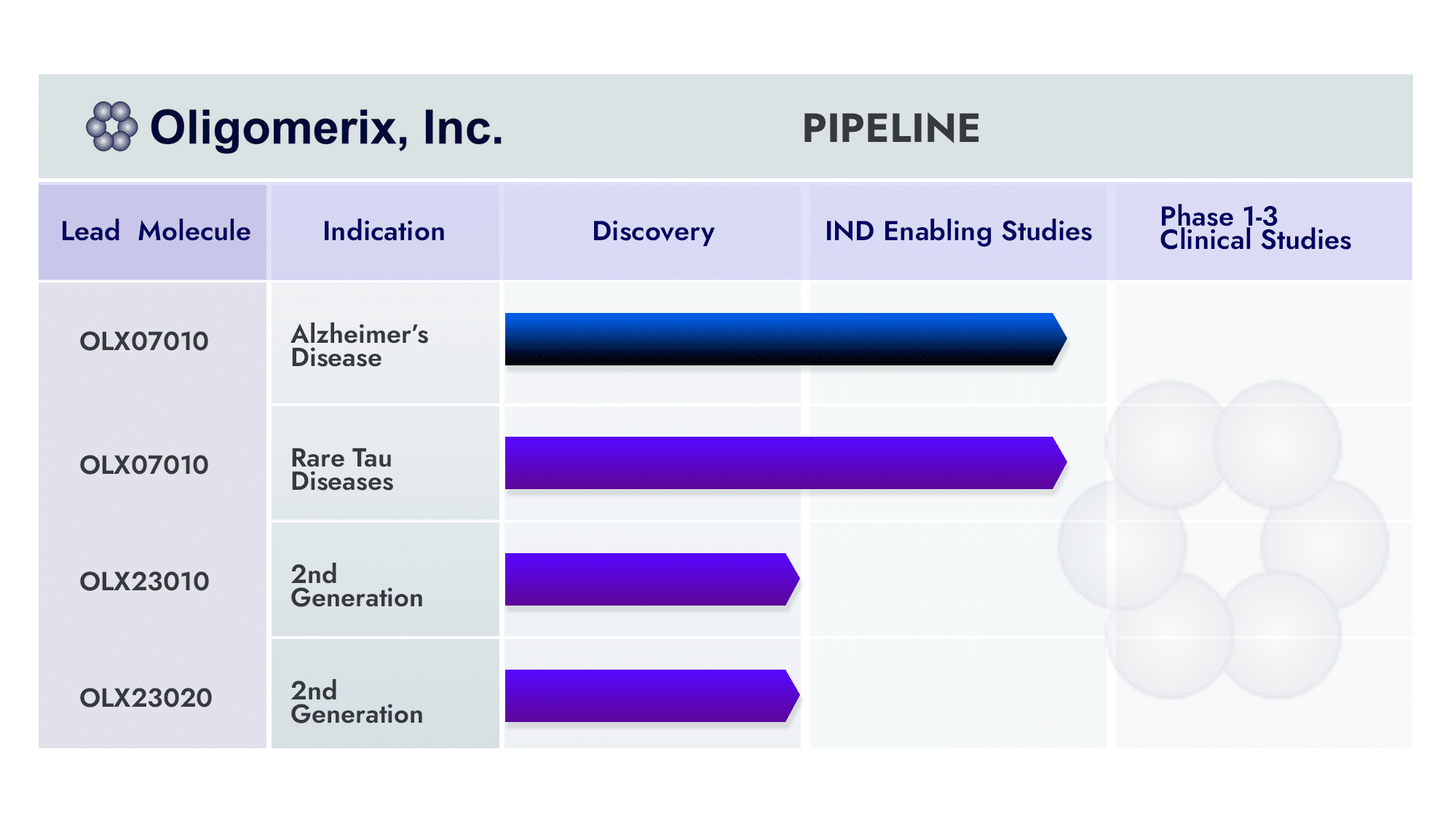